Just 10 days till Project: Leave the Capital goes live. 8 towns, 8 amazing independent venues, 4 DIY bands, 4 amazing teams behind the stages (Blaggers Records, Blender, Vandalism Begins @ Home and Transmission Indie), one vinyl records and one fantastic idea that brings so many people together. If you have a chance to attend one of those shows, please do it and you will not regret it!

After speaking to Alex Forde of Blaggers Records, the mastermind behind Project: Leave the Capital and interviewing JW Paris, we have now sat down to have a little chat with a truly amazing lady – IllathaDead. Known as MC Bombshell, IllathaDead is debuting her newest project called The Seven Sentinels. We spoke to her about her inspirations, art, literature and plans for the tour.

Official bio:
Alternative hip-hop drenched in neon and noir -The Seven Sentinels is a “solaborration” project. Helmed by the inimitable IllathaDead – frontwoman, lyricist, beatmaker and showrunner, IllathaDead collaborates with other musicians to create artwork, tracks, and live shows like a musical tag-team.
Sentinels is a new project by an experienced performer. The first releases were mere weeks before the world shut down – an irony not lost on the dystopian concept. Right out the gate of restrictions lifting, The Seven Sentinels won their place on the Leave the Capital tour. Illathadead brings a wealth of experience to the project – from being musical director for large-scale art performances to fighting it out mano e mano in the battle rap ring. The X-Posure show’s host John Kennedy chose the track “I Am the City” as his ‘Hot One’ to play for Radio X’ 1.5 million listeners. The Seven Sentinels reach already extends beyond the UK, garnering radio play as far as Australia. 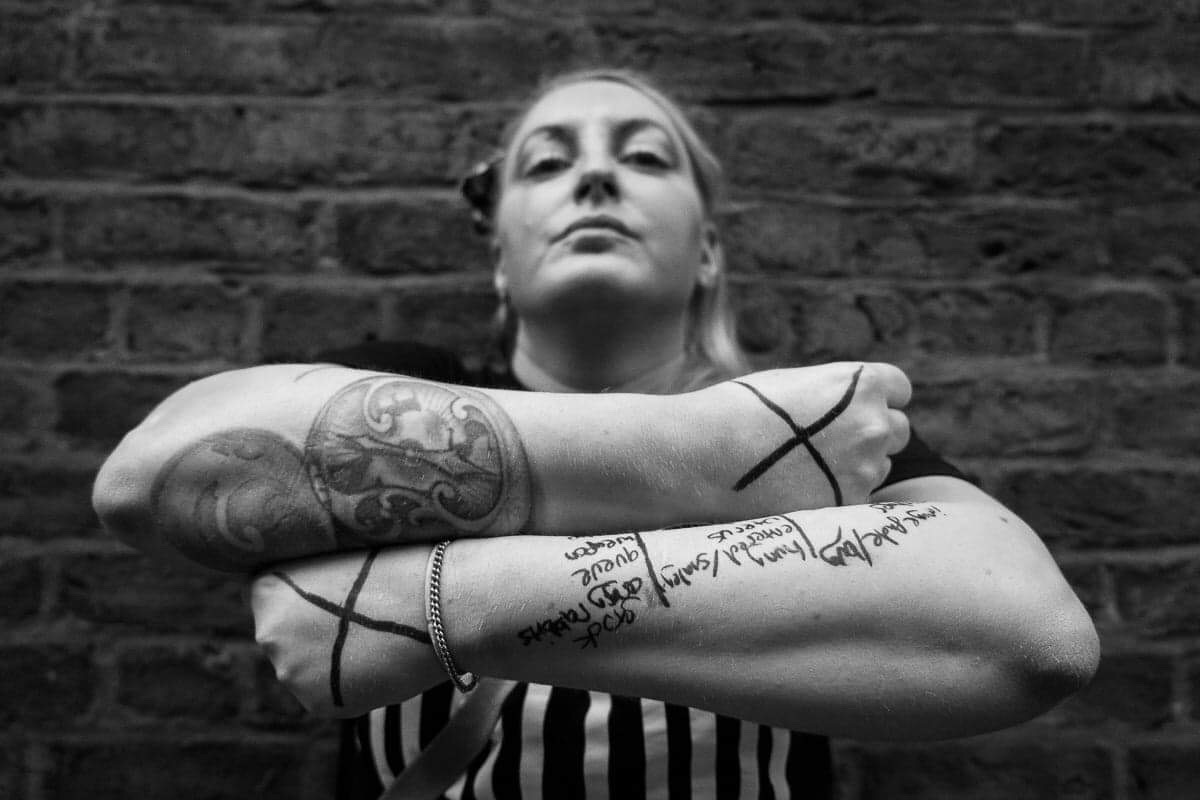 Seven Sentinels are a total Enigma. We have searched the nooks of the Internet, yet we weren’t able to find much information about you. We are not even sure if this is a solo project, a duo or a collective. Please tell us more about yourselves, we are very curious.

IllathaDead: I’ve been calling what I do a “solaborration”, which is toe-curling portmanteau, but the best word I have right now. I (IllathaDead, Bombshell in other contexts) write the lyrics, make the majority of beats, and direct all aspects. I then collaborate with other musicians and artists to add instruments, create artwork, play live shows and complete tracks. The closest similar project I can think of structure-wise is Nine Inch Nails. It works really well in today’s world, because I can tag-team in different musicians I love in different areas as I tour, which keeps things fresh.

You described yourself as a “hip hop project drenched in neon and noir with beats that would bring a tear to the eye of Frank Miller (Sin City, Daredevil) or Garth Ennis (Punisher, Preacher)”. You seem to have an evident interest in pulp literature and graphic novels. That’s a unique combination for this genre of music. Where did it come from?

IllathaDead: MF Doom did it with his Viktor Vaughn – Vaudeville Villain project and there are other hip hop artists like CRIMEAPPLE who lean into a noir vibe. I love creating a world that my listeners can walk in – literally if I have the production budget- and this is the kind of world that my imagination has decided it likes to play with! 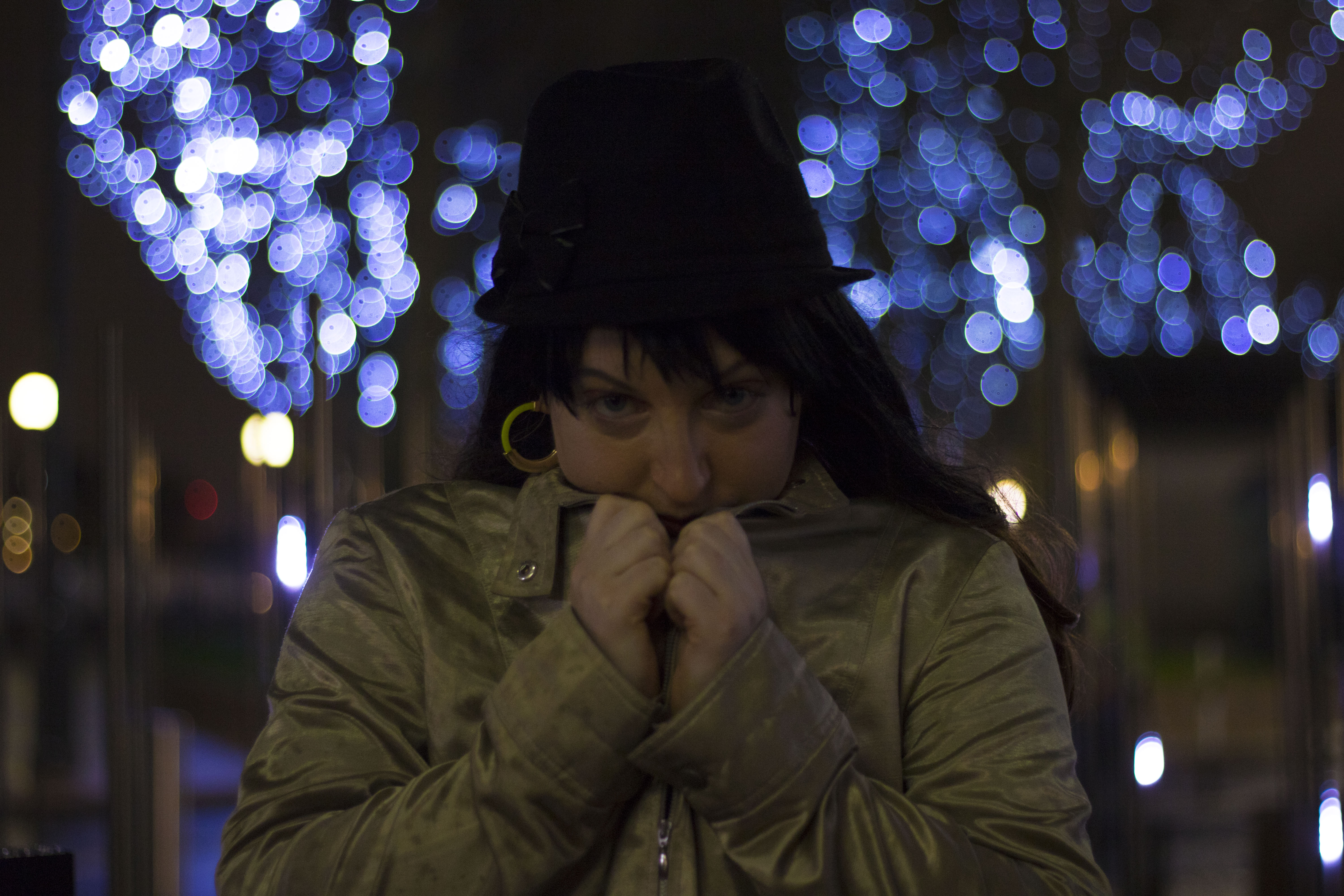 So far you have released 3 singles: “I Am The City”, self-titled “Seven Sentinels” and “Sugarscull Bride”. Each of them tells a different story set in a world resembling that described by Raymond Chandler and Walter Mosley. Do you see any similarities between contemporary post-Brexit England and the hardboiled fiction?

IllathaDead: I think a lot of people can relate to the protagonists in those novels. The obsessive drive against all odds by the anti-hero with an Achilles heel, navigating a city hall crammed with corrupt politicians and an underworld full of loveable rogues. In storytelling and the present day, we see the same tropes coming up. So yup, definitely similarities – and I add the soundtrack.

Even your single illustrations look like covers of comic books. Who designed them?

IllathaDead: The illustrations so far were designed by the sickeningly talented Theo Garvey, who I met years ago in the battling world.

Your biography mentions that all lyrics are written and sung by a “battle scarred” MC named Bombshell. It’s good to hear a female voice in male dominated world of hip hop. We know that women do not have an easy ride in this industry at all. What do you hope to change with your music?

IllathaDead: I put myself out there and am unapologetically me. I hope that lifts up other people who have not been the dominant voice in whatever context to do the same. It’s not often at the forefront of my mind though. I go and do my thing that I love doing and strive to elevate, and someone will point out “hey, it’s not often you see women doing this!”. I’ve gotten used to us being a small rep, but that ain’t good. Art needs different perspectives and diversity.

Just like Sean Grant & The Wolfgang, you come from Milton Keyes. How does it feel to have people hailing from the same neighbourhood as you on Project: Leave The Capital? Have you known them before taking part in LTC?

IllathaDead: I’m a prodigal daughter to Milton Keyes. I grew up round here, then spent many years in The North. I’d been in London for the first year of the pandemic. When I moved back here, after restrictions eased a little, I threw myself into catching up with as much of the local scene as possible. I didn’t know SG&TW prior to Leave The Capital, so I am thrilled to have made the connection with them. 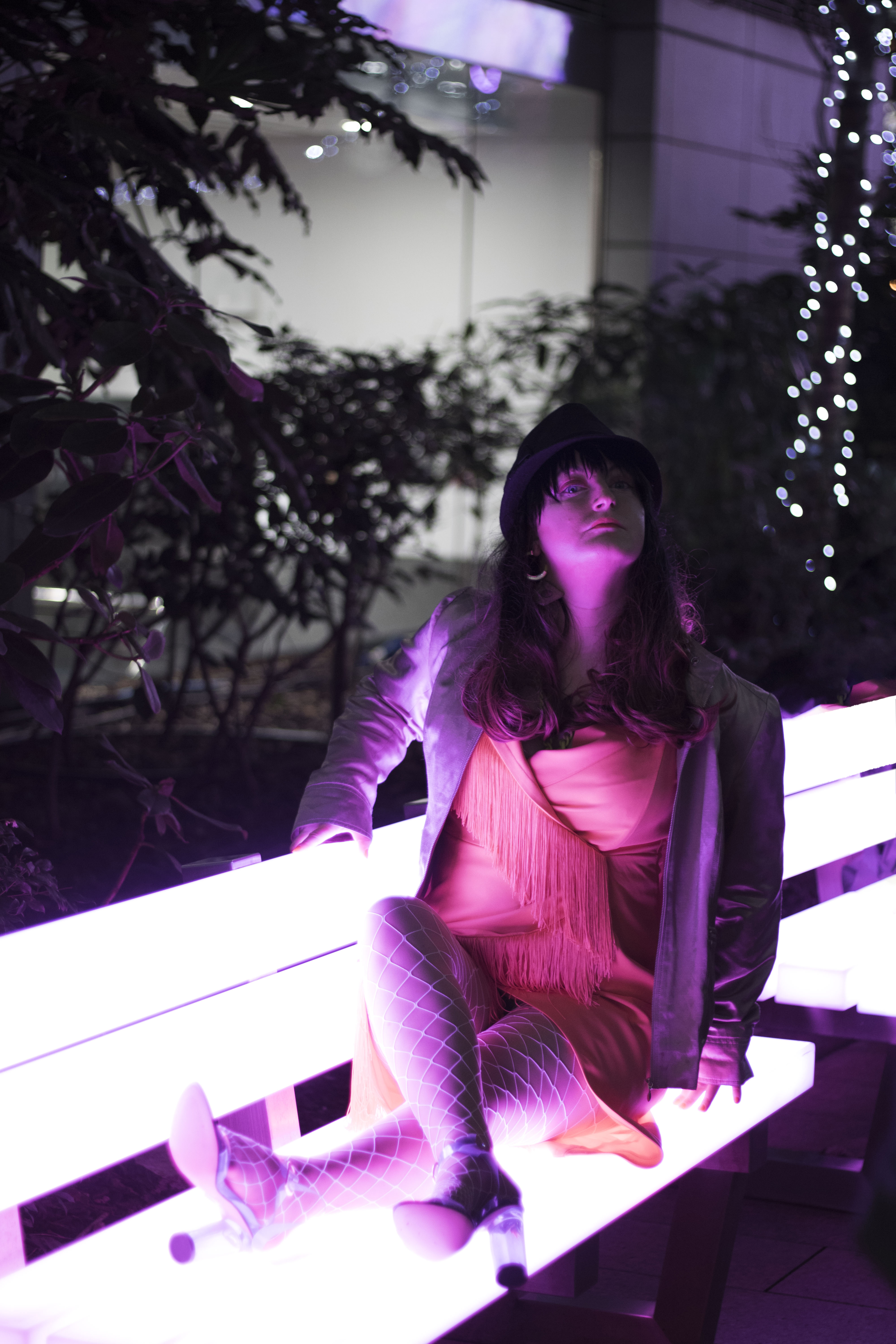 What can we expect from your shows on the upcoming Project: Leave The Capital tour? No spoilers please, just a taste of the things to come!

IllathaDead: I’ll be bringing some of my favourite musician friends to the stage, they are all phenomenally talented and lovely people. I’ll be debuting a lot of new material which is really fun to rehearse. Expect us to be having an awesome time and pulling you into the world of the Seven Sentinels!