The summer festival seasons is in full swing and The Blinders are having one of the busiest periods in their history. They have been on a massive tour since April that has taken them all over UK and Europe.  Due to popular demand, we are keeping our hand on the pulse and we are trying to bring you the best festival coverage as it happens. We can travel to many shows on our own, but if the distance is too far, we team up with our special correspondents for pictures, videos and information.

So far we have covered the main tour for 2019. Please allow few minutes for the blog to open as it is one of the longest and most complex we have ever written.
https://cocamidemea.wordpress.com/2018/11/16/the-columbia-tour-continues-anno-domini-2019/

Today, we would like to cover two recent festivals, The FIB Benicassim (19th of July) and Super Bock Super Rock (20th of July). Thank you to those who work closely with us to help cover this summer tour and we hope you will enjoy the review. We will try to update it with reviews and pictures as they become available.

Reviews:
“The Carrefour Stage may be just one out of several stages at the festival but they have prepared a very interesting line up. Among the acts we just had to see this year were singer/songwriter Almendralejo (Hache Retamar), punk rockers The Blinders whose songs contain a huge dose of political criticism, a 19 year old singer Yellow Days that played blues, jazz and soul inspired music, Scottish singer/songwriter Gerry Cinnamon and the Spanish folk and rock and roll septet, La m.o.d.a.” – HOY Magazine
https://www.hoy.es/almendralejo/cantautora-hache-retamar-20190721002044-ntvo.html

“We started the afternoon off with powerful performance from The Blinders. Their music is a mixture of punk and psychedelia and lyrics are loaded with political messages” – text and pictures by Iñaki Espejo-Saavedra for Muzikalia Magazine
https://muzikalia.com/cronica-del-viernes-del-fib-benicassim-2019 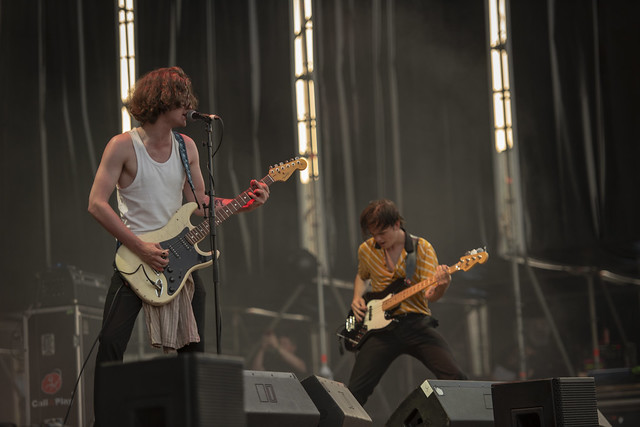 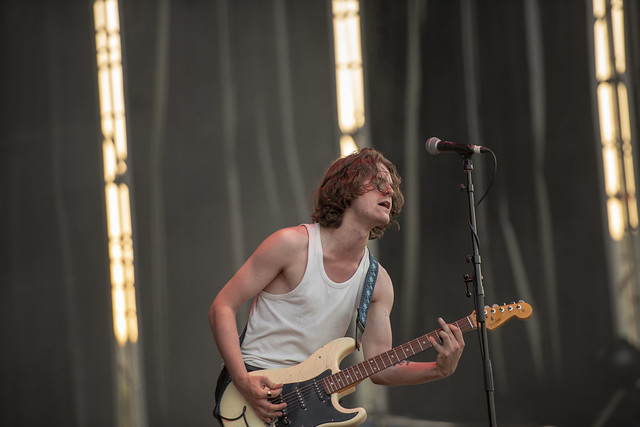 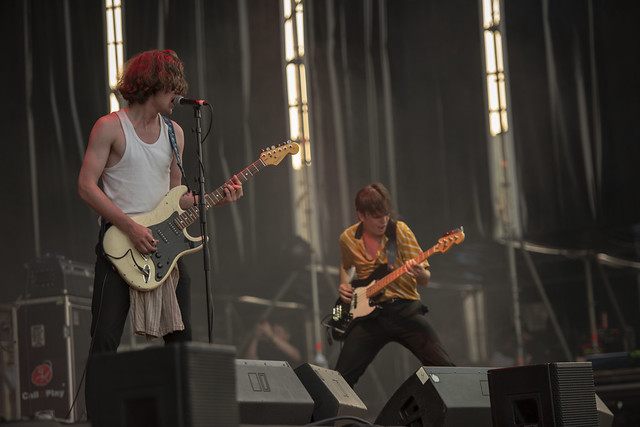 “Due to problems with their van, The Blinders were significantly late to the festival and a change in the schedule was introduced to provide them with enough time to arrive at the festival site. Galician act Bifannah took to the stage instead and charmed the audience with powerful raw energy, howling synthesizers and elegance. We heard some tropical notes in “Magic Mamba”, psychedelic sounds in “Capri” and danced to “Skeletor”. The Blinders were next to perform and despite the delay, they delivered a great show. I can only describe their set with two words: effusiveness and character. Each time you see them play, they grow bigger and bigger on stage. The dynamic British trio know their craft well and effortlessly rose above other acts with carefree guitars and catchy songs such as “Brave New World” and “I Can’t Breath  Blues”. Their punk rock show was one of the most interesting proposals of the day” – Andrea Giménez for Mondo Sonoro Magazine
https://www.mondosonoro.com/criticas/conciertos-musica/25-anos-nuevos-horizontes/

Our review:
On their way to Spain, the band’s van broke down in France (exactly half way to the festival) and the trio were forced to stay in a hotel for the night. The problem with the van seemed quite serious as their travel was further delayed in the morning. As the day progressed, it became apparent that The Blinders might not make it. Their original show times were schedule at 20:20 pm CET (Friday, 19th of July) on Carrefour Stage, but an hour before the show, FIB social media team uploaded an information that the band is still trying to attend and play. Last minute schedule rearrangements were made to allow extra time for The Blinders (their slot was taken by Bifannah). In the end, the band made it to the festival at the 11th hour. And they walked straight out of their newly repaired van, to the stage! There was no time for a sound check or make up. They performed in their casual clothes and the public loved them. It was a great show, all the nerves and frustration went into the music. We have seen comments online calling the performance “cathartic” and “immerse”. The performance lasted about 30 minutes, not to bring further disruptions to other acts, but as you can tell from the media reviews, the band came, played and conquered Spain. Nobody expected the Spanish Inquisition, the popular quote goes, but we surely can be on the look out for the British invasion of post punk bands.

Sam Hoy, our special correspondent at FIB sent us the pictures below. Please do not share without his permission!
You can follow Sam at: https://www.facebook.com/sam.hoy7

You can can see more media from the festival below:

Absolute banger of a holiday/festival again @fiberfib with only the best company to make up for the lack of decent bands over the course of 4 days but we made it our own. I’m absolutely done in. Recovery starts now before going again next year lads? @michael.rogers1989 @rogdog28 @simonjeden body needs a year to recover. These pictures are only a few of the best moments and don’t do it justice. adiós España 🇪🇸🇪🇸🇪🇸 #benicassim #benicassimfestival #fiberfib #beni2019 #bestmates #besttimes #creatingmemories #imbroken #livemusic #fontainesdc #theblinders #blossoms #gerrycinnamon

Artist profile at the festival:
https://fiberfib.com/en/artist/5c73b9ea0f726

“The Blinders are power alternative rock trio from Doncaster, UK. The band members were red hot on stage and gave an inspirational, enthusiastic show. Firm bass line, heavy drums, distorted fuzzy guitars and torn yet poetic lyrics makes them one of the best garage bands out there. There is more to them and we want to see them again and again!” – Fernando Araujo (text) and Stefani Costa for SAPO Magazine
https://mag.sapo.pt/showbiz/artigos/uma-mistura-de-ritmos-e-grandes-emocoes-no-ultimo-dia-de-super-bock-super-rock

Our Review:
We have asked our special correspondent, Fábio Pais, how did the show go and this is what he had to say: “People really liked their show. The Blinders played a 40 minute set and were the opening act for the festival’s secondary stage. It started with just a dozen of people but the audience kept on growing and growing. By the end of their gig, there might have been hundreds of people in attendence. I think The Blinders really captured their attention. The band seemed to enjoyed their concert. In my opinion, they were really, really great! I hope they return to Portugal soon”

After a very stressful show at FIB on Saturday, Sunday proved to be very good day for the band. They entered the stage exactly on time and there was no technical difficulties that marred their shortened set in Spain. Surprisngly, the change of image, forced by their late arrival, survived overnight and the band decided to perform without the war paint and the black clothing. Thomas wore a white slevless tee, black trousers with stripes and had a plaid shirt wrapped around his waist. As usual, Charlie wore a grey suit and long sleeve light shirt (he took off his jacket in the middle of the show) and Matty opted for a white top and blue jeans. The change in their apperance was noticed by the Super Bock Super Rock Radio Station who praised their “casual style” on their social media, calling their performance “What a blinder!”

All pictures taken at Super Bock Super Rock in the gallery below belong to Fábio Pais. Please do not use it without his permission. Gracias.
You can follow him at: https://www.instagram.com/fabiopais8/

You can see more media from the festival:

C'est La Vie L'Etat C'est Moi I am the state, a subject's all you are

Videos: A recording of “The Writer” is available on Youtube:

You can see the entire festival schedule at: https://www.instagram.com/p/BzfyERYBrNj/

If you have any pictures or videos you’d like to contribute to this review, please let us know!
You can always email as at vanadianavenue@gmail.com

We will be more than happy to add good quality materials. Have fun and watch this space as the coverage is (truly) never ending!
Love and indie,
Rita and Malcia Dabrowicz