Can I have the attention please? 🙂 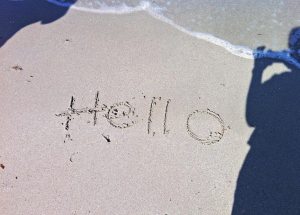 I was planning to make this post two weeks ago, but life got in between. So since I had a day off today, I decided to make some announcements. As you know, February, besides being the shortest month of the year, is also considered to be the most romantic one. Many people start making plans and somehow the jewellery purchases are on the rise too. Those two facts are linked together as well. You probably know by now, where this entry is going (maybe except for the Couple as they have no clue about this post and will be reading it along with everybody else).

I want you to meet them:

Rita: painter, events organizer, hell raiser and my twin sister. Zodiacal Scorpio and a proud redhead. Avid gamer, Star Wars enthusiast and all round pop-culture specialist. Huge fan of Death and Better than Ezra (among million of other acts). 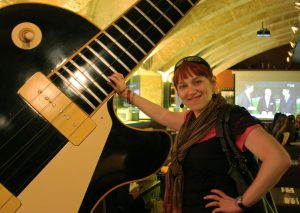 Matt: comic artist by night and IT specialist by day, archer and enthusiast of RPG`s. Also a nerd and a gamer. He is secretly a metal head enjoying acts such as Machine Head. Relaxed and optimistic chap who is friendly and always eager to help.

Those two met years ago on Dead or Alive forums, both being fans of the series, and as they say, the rest is history. This February 14th, the critters decided to make a big step in their relationship and went official.  They are happily engaged and the whole clan is ecstatic. We can’t wait for the (wedding) party 😉

Last year in April, Matt and Rita were holidaying in Malta and I took some (compromising) photos. I decided that this is a good occasion to share some of them with our readers and hopefully, they will tell you more about the Couple, than I would ever be able.

You see Matt and Rita do a lot of things together. 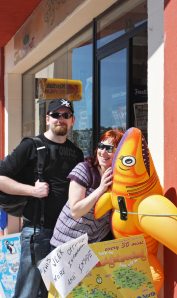 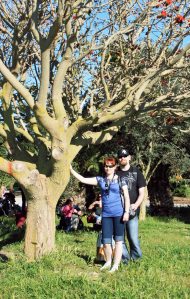 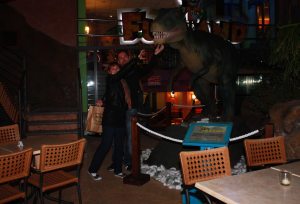 They also attend social events together and generally look like a nice couple should look like. Jokes asides, I am proud of them both and wish them all the best, as they are one of the most hard working and genuine folks I have ever encountered. They kick ass (mine for example) too.

Arent they looking good together?

Matt and Rita at a party

So if you two read this (before you will go after my sorry behind), know that I am really, really happy to have you both in my family and you should have done that a while ago anyway  😛

And here is a tune for you both. Congratulations.

Love and kisses
Malicia
(on her way into hiding).